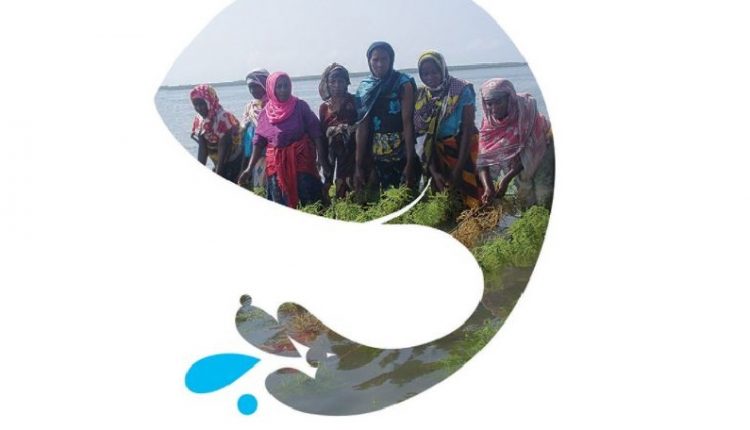 Aquaculture is playing a critical role in global food production, but innovation and equity are required to ensure inclusive and sustainable growth, the Director-General of the Food and Agriculture Organization of the United Nations (FAO), QU Dongyu, said today.

On the opening day of the Global Conference on Aquaculture Millenium+20 in Shanghai, the Director-General highlighted aquaculture as the fastest growing agri-food sector globally saying there is huge potential for further expansion in Asia, Africa, Latin America and the Caribbean.

“Aquaculture production will continue to grow, but the benefits of this growth must be equitable and fairly distributed,” Qu stressed, while noting the need to further develop “the human, social, cultural and economic dimensions of aquaculture”.

The conference, which adopted the theme “Aquaculture for Food and Sustainable Development”, is the fourth to be held and is organized by FAO and China’s Ministry of Agriculture and Rural Affairs, together with the Network of Aquaculture Centres in Asia-Pacific (NACA).

Her Royal Highness Princess Maha Chakri Sirindhorn of the Kingdom of Thailand who is FAO Special Goodwill Ambassador for Zero Hunger for Asia and the Pacific, is the Guest of Honour at the two-day   event with representatives from the private and public sectors, academia and civil society.

Aquaculture is vital for feeding the world’s expanding population and the conference is considering a range of issues and opportunities ranging from traditional family farming in vulnerable communities to cutting-edge technology.  Themes to be discussed at the conference include: innovation, genetic resources, biosecurity, the social and human dimension, value chains and market access.

Global consumption of fish has increased by 122 percent since 1990 and aquaculture now accounts for more than 50 percent of current fish consumption. That figure is expected to rise above 60 percent during the next decade. However, the impacts of the climate crisis and disruption to production and consumption caused by the COVID-19 pandemic have created challenges on the rate of growth and expansion of the sector.

The Shanghai Declaration, which is expected to be adopted at the conference, is a call to action that will shape the future of aquaculture and seek to optimize the sector’s contribution to global agri-food systems in line with the UN’s 2030 Agenda for Sustainable Development.

FAO’s work
Qu stressed aquaculture plays an important role in FAO’s new Strategic Framework 2022-2031 through its Blue Transformation priority programme, with the objective of supporting 35 to 40 percent growth in global aquaculture by 2030.

“FAO’s Strategic Framework is based on the principles of the Four Betters: better production, better nutrition, a better environment and a better life for all – leaving no one behind,” he said.  “The Shanghai Declaration is a call for global action.”

FAO recognizes the contribution of aquaculture to food security, by providing technical assistance through the implementation of the Code of Conduct for Responsible Fisheries.

A key instrument that has been guiding the principles for sustainable fisheries and aquaculture around the world since 1995, the Code seeks to develop and implement efficient policies and legal frameworks which promote sustainable and equitable aquaculture development, especially in developing countries, with improved socio-economic benefits.

FAO conducts a global review of the state of aquaculture, and on the request of its Members, it is also developing Guidelines for Sustainable Aquaculture (GSA) to provide practical guidance for government authorities and policymakers in their efforts to promote the Code of Conduct for Responsible Fisheries and advance their capacity in the development of sustainable aquaculture sectors.

The UN organization has also developed innovative projects to promote aquaculture. For example, FAO has partnered with the United Arab Emirates to develop the country’s fledgling aquaculture industry. With technical support from FAO, the UAE is investing in modern technologies to build sustainable and profitable aquaculture production that will maintain the country’s fish supply, improve its food security and transform its agri-food system.

In response to climate shocks and extreme weather events, FAO is working to support livelihoods and increase resilience by rebuilding the prawn industry in Dominica and elsewhere through its Climate Change Adaptation of the Eastern Caribbean Fisheries (CC4FISH) project.

The Global Conference
The Director-General said aquaculture could also play a key role in FAO’s Hand-in-Hand Initiative to accelerate agri-food systems transformation.  Through the Global Sustainable Aquaculture Advancement Partnership, FAO is also collaborating with the Chinese Academy of Fishery Sciences.

Qu told the conference: “Aquaculture already plays an important role in “Leaving no-one behind” which means all our efforts and actions must focus on everyone everywhere, in order to end hunger and poverty.”

The sector needs to adopt an “holistic” approach with a focus on people and communities, specifically on the women, youth, elderly and indigenous communities who rely on aquaculture for their livelihoods, he said.

The Global Conference also heard opening addresses from Tang Renjian, China’s Minister for Agriculture and Rural Affairs; Frank K. Tumwebaze, the Minister for Agriculture, Animal Industry and Fisheries of the Republic of Uganda; Úrsula Desilú León Chempén, Vice Minister for Fisheries and Aquaculture, Ministry of Production of the Republic of Peru; Virginijus Sinkevičius, the European Commissioner for the Environment, Oceans and Fisheries; Huang Jie, Director-General of NACA and Peng Chenlei, Vice-Mayor of Shanghai.

FAO supports fishers to adapt to the climate change challenge