More than a teacher or a mentor

Ratan da: The person who created a path for many to achieve a future better than they could ever dream of 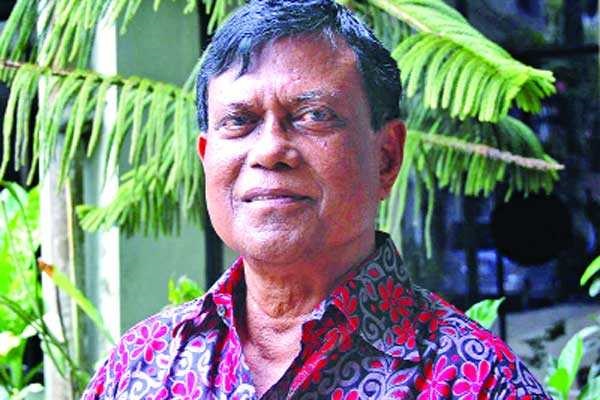 It’s been a sad sad day. The greatest human being I ever had the fortune of knowing in-person, my teacher, my mentor Amir Ahmed Chowdhury Ratan passed away on Thursday night. Everybody in Mymensingh called him Ratan da. He was much more than a teacher or a mentor, to me or many others like me who came from low-income families, most of whose parents did not have high education.

Ratan da had left the secured life of a government college professor to start Mukul Niketon, a school that provided high-quality education to children from low-income families. Mukul Niketon was a truly unique initiative. A truly non-profit private school that did not rely on tuition fees from students. Many of the students studied either on full or half-free studentship.

From KG (it was called shishu sreni at that time) to the SSC exam, the 10 years I studied there, most of those years, me and my sister either received full or half-free studentship. Remember, the tuition fee was not that high. The highest monthly tuition was 35 taka when we were in 10th grade. But he knew even that amount of money could be a burden to many families. I have never heard of any student being kicked out of Mukul Niketon for not paying tuition.

Ratan da and his team of dedicated teachers and volunteers of Mukul Fouj worked day and night, year after year to make sure students were not dropping out and were receiving a great education. He created a group of local philanthropists, who would donate to keep this school functioning. He left no stone unturned to ensure funding for the school. And the school survived. Not only survived, it also flourished big time.

The school that started with open-air classrooms and a few students, that had about 20 students in its first SSC batch (in 1985), by the early 2000s it became a school with multiple multistoried buildings with modern facilities, multiple dormitories and more than 5,000 students.

As I look back to my days as a student in Mukul Niketon, I truly believe we received a very high-quality education there that built the foundation, both from academic and non-academic perspective, for us to be able to achieve the best we could be, professionally and more importantly as a human-being. Ratan da always told us ‘Be like a cricketer’. He wanted us to be a gentleman. Disciplined and an honest persons, qualities that were expected from a cricketer.

To make sure we had good education, he gathered a team of great teachers, many of whom came from different upazilas of Mymensingh. He would form teams of teachers who would make surprise visit to student homes before exams to encourage them to study and to assist if a student needed help. All his hard work paid off. Mukul Niketon became a model of academic success with students mostly from low-income families. He also had the vision of modern education.

I remember he had brought professionals from different fields to give lecture on their career in our classrooms when we were either in 8th or 9th grade, possibly to help us decide what we want to be when we grow up or at least to have a dream. Students had the opportunity to participate in cultural activities, sports and voluntary works. But, not the photo-op kind of volunteering you would often see or have read in Abul Mansur Ahmed’s ‘Relief Work’. During the flood of 1988, as students of Mukul Niketon, we worked as volunteers in a flood shelter for all day, everyday for weeks. This whole shelter was run by Mukul Niketon, from administrative works like listing of people in the shelter to cooking and distributing food. During city cleaning drives, people wouldn’t be surprised to see a Mukul Niketon student cleaning a drain or controlling traffic during a traffic week.

Ratan da was a cricketer himself. Played in the First Division league in Mymensingh and Mukul Fouj had two strong teams playing in that league. He emphasized on sporting excellence from the very beginning. And it might seem unreal, Mukul Niketon, this new school from Mymensingh went on to become the Champions of Nirman School Cricket (the national championship) in 1989 by defeating mighty BKSP captained by Naimur Rahman Durjoy. And it was not a fluke, because the year before that Mukul Niketon was the runners-up. This success in school cricket is another example of Ratan da’s unique ability to maximize the use of limited resources.

There is so much more to talk about him. He was captured and physically tortured by the Pakistani military during liberation war, he led the political uprising against Ershad in 1990, but me and many of my classmates/schoolmates from Mukul Niketon, as I see their emotional posts remembering our beloved Ratan da, will remember him as the person who created a path for us to achieve a future better than we could ever dream of.
Rest in peace dear Sir.