The idea of Bengali Nationalism and Jibanananda Das 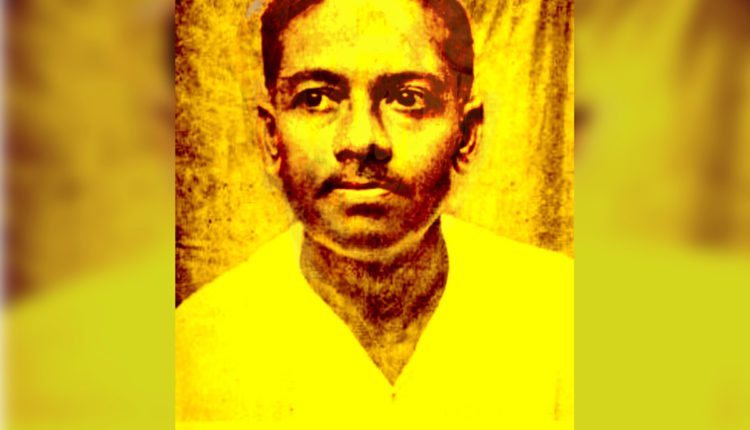 Living at the age of Globalisation, nationalism is still a madly phenomenon among the nations of the world. It is nothing but an ideology that gives someone a sense of unity and the same set of identities of linguistic, historical and cultural. The idea of Nationalism is often reflected in the field of Literature.

One of the Major poet of Bangla literature Jibanananda Das’s nationalist view offers us to open the door of Bengali Nationalism.

As, he wrote the plentitude of the Bengal Countryside, of Birds, the trees that marked an eternal Bengal of purely nationalist construction. The character, the settings and the plot of Jibanananda Das gives a clear idea of Bengali nationalism. He draws the everyday objects of nature, especially the ordinary objects that can be seen in and around Bengal.

Though Many of the scholars Like as AshisNandy argues that, Nationalism is not patriotism but patriotism can be a symbol of nationalism to some extent.

In ‘I shall see the face of Bengal’ (Banglar Mukh ami dekhiyasi) by Jibanananda  ‘a psychological and geographical image of Bengali Nationalism can found. To him, Bengal is the most beautiful Country in the world. He was surprised by the Little Magpie Robin of Bengal in the morning, the drop of dew, the banana tree or Hijal and Tamal tree gives him immense pleasure.

He Used some historical and mythological character of Bengal on that poem. He reminds the history and glory of Bengal. The rootedness of his poetic imagination touch thousand of people. Jibanananda Das born and brought up in a rural village of Barishal (Bangladesh) in 1899.  Perhaps this rural background made him sensitive to nature in all its aspects. “The scent of wet earth, the grass, the fallen leaves” in Three Stray Stanzas shows that his whole being is immersed in nature. Animals and birds don’t fascinate him less. Even the owl, rat and cat find numerous references.

I shall see the face of Bengal

I have gazed at Bengal’s face, and hence the world’s beauty

I no longer go to seek. In the darkness, I awake and glimpse

Upon a fig tree, sitting underneath a big umbrella-looking leaf,

The early morning magpie robin. I notice all around me piles of leaves

Of jam and banyan, of jackfruit, hijal, and ashvattha, lying still;

In his poem “I shall Return To this Bengal’ we see the over the flow of his emotion for the motherland. We also see his love for the Little River ‘Dhanshiri’. Jibanananda Wants to return the Bengal.Though many can consider the idea of rebirth as a symbol of Hindu nationalism but the sense of the poem does not tell that. It is the love for his motherland. His Country given him ultimate fulfillment during his lifetime, and in death too he desires the same place.

Jibanananda is very much similar with the famous English Poet John Keats for his emphasis on natural imagery and the idea of death.

Jibanananda will return as a mayna (a small bird) or a fishing-kite or a dawn crow or maybe as a duck.  As a human being, he has perceived this life as an outsider. Now he wishes to be one with it, one with this life which is pulsating and which is strangely beautiful.Hence he says:

I shall return to this Bengal, to the Dhansiri’s bank:

Perhaps not as a man, but mayna or fishing-kite;

Or dawn crow, floating on the mist’s bosom to alight

In the shade of this jackfruit tree, in this autumn harvest-land.

Or may be a duck- a young girl’s bells on my red feet,

Jibanananda shared a deep feeling for nature, eloquently describing the beauty of rural Bengal in Rupasi Bangla and earning the appellation of RupasiBanglarKavi (Poet of Beautiful Bengal). His poems merge a concern for the present and a sense of history. Many of his poems sound like prose and greatly influenced subsequent poets.ThoughJibanananda Das wrote and praised of nature, his poems inspired a lot during the Liberation War of Bangladesh in 1971. And that became a political weapon.

Amid a significant part of the year 1971, when from the finish of March through portion of December, there seethed in Bangladesh a war of independence from Pakistan, lines from Jibanananda’s Bengal the Beautiful served to remind the flexibility warriors, a considerable lot of them taught, of what it was they were giving up and willing to pass on for. This was their Bengal, and this had been Jibanananda’s Bengal, a position of fowls and trees, a place that has a face, a place half human, lady, and, according to the writer spectator, wonderfully amazing. 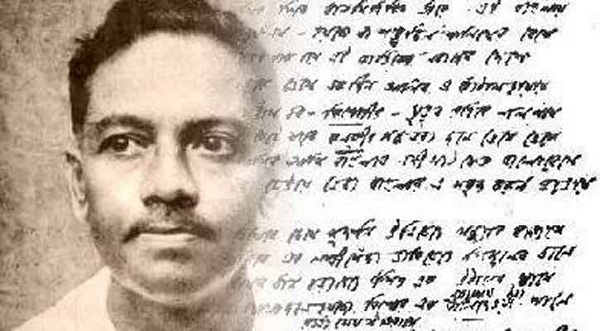 Jibanananda Das uses lots of elements from Bengali rural society. He also uses some mythological character from ancient Bengali folk. For example, the quasi-historical story of Chand the merchant and Behula (the daughter-in-law).

JibananandaPorted the simplicity of the life of a Bengali woman.  By percolating the story to the direct elemental world, Jibanananda conceived the image of Bengal’s dance-bird, khanjana, concerning Behula who eventually arrived and danced in the court of Lord Indra, king of gods in heaven, to bring her husband back to life. Behula is the shadow of a motherland itself.

We all aware about the most famous poem of Jibananada Das “Banalata Sen’.

In this verse, we see the poet as a traveler. The poet is traveling from one place to the other. He traverses the ancient lands and finds no peace. He comes to the conjecture of Natore (Bangladesh) and gets the company of Banalata Sen. There he gets peace. He claims he gets peace from ‘Banalata Sen’, and we have the unmistakable feel that Banalata Sen, the loved one, is emblematic of Bengal, Bengal’s nature, its deep solace, and shelter. As he says:

‘I am a weary heart surrounded by life’s frothy ocean.

To me, she gave a moment’s peace—Banalata Sen from Natore.’

He returns to his homeland after the whole day of traversing the area. Return to his country is a reflection of geographical nationalism.  His elements of poem rooted in Bengali myths and nature.