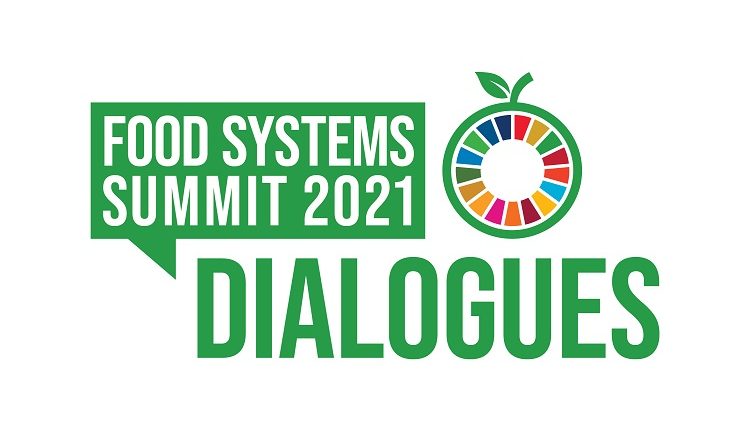 Ahead of the first ever United Nations Food Systems Summit (UNFSS) later this month, at which honourable Prime Minister Sheikh Hasina is expected to make an address, a final national dialogue was held today.

Minister of Food, Sadhan Chandra Majumder, MP, was chief guest at the event which was organized by the Food Planning and Monitoring Unit (FPMU) of the Ministry of Food on behalf of the National Dialogue Committee (NDC). It was the third and final national dialogue.

The UN Food Systems Summit will be held virtually on 23 September, during the 76th Session of the UN General Assembly. Prime Minister Sheikh Hasina is expected to make a statement at the summit along with leaders from several other countries.

Robert D. Simpson, Representative in Bangladesh of the Food and Agriculture Organization of the United Nations (FAO), remarked today that the country is well prepared for the Summit. “Bangladesh has shown great commitment and enthusiasm, as demonstrated by the three national dialogues which have been organised under the leadership of the Ministry of Food with the support of a number of UN agencies, including FAO.”

He added: “We are at a critical moment in time. Food systems have been under immense strain and are no longer meeting the forward thinking needs of ensuring productive systems that are also environmentally sustainable, and promote biodiversity.  We need to adopt a holistic, coordinated approach to transform our agri-food systems so that we can deliver on the right to food, while securing the future of our planet.”

The Summit aims to leverage a food systems approach across the 2030 Action Agenda and meet the challenges of climate change and other relevant issues outlined in the summit’s five Action Tracks. The government of Bangladesh focused initially on Action Track 1 – ‘Ensure access to safe and nutritious food for all’, while taking on board elements across all the five Action Tracks. FAO, as the global anchor for Action Track 1, has been facilitating this process in Bangladesh together with the Global Alliance for Improved Nutrition (GAIN), whose Executive Director is the global chair of this Action Track.

Rudaba Khondker,  GAIN Country Director in Bangladesh, highlighted progress towards the Sustainable Development Goals, stating that Bangladesh is moving ahead of other South-Asian countries. She said: “Bangladesh is strongly positioned to progress on a pathway of transformation towards sustainable, equitable, and resilient food systems. We need to embrace all, so no one is left behind. Everyone’s action is important for a sustainable and resilient food system, because this is an inclusive process. Bangladesh is taking the lead on many crucial food systems issues.”

Following an inception workshop in January 2021, the NDC organized six sub-national dialogues, with a focus on agro-ecologically significant climate-vulnerable zones. FAO and GAIN have engaged with numerous stakeholders, including UN agencies and development partners, in order to organize independent dialogues that address themes under the five Action Tracks. The Stage 2 member-state dialogue was convened by the NDC in early June. This was followed by active participation by the government in the pre-summit of the UNFSS that was held in Rome, Italy, from 26-28 July 2021.

Based on the Summit guidelines, a comprehensive pathway document for sustainable transformation of food systems in Bangladesh has been produced, drawing on recommendations from the dialogues. This action-focused pathway document, which aligns with national priorities, was shared with relevant stakeholders and presented at today’s event.

Mia Seppo, the UN Resident Coordinator in Bangladesh, highlighted the global urgency for transformation of food systems and emphasized the UN’s commitment and support, expressing the importance of joint work with the government for realizing the sustainable food systems agenda by 2030.

The term ‘food system’ refers to activities involved in producing, processing, transporting and consuming food. Food systems touch every aspect of human existence. When they function well, food systems have the power to bring us together as families, communities and nations. But too many of the world’s food systems are fragile, unexamined and vulnerable to collapse, as millions of people around the globe have experienced first-hand during the COVID-19 crisis. When our food systems fail, the resulting disorder threatens our education, health and economy, as well as human rights, peace and security. As in so many cases, those who are already poor or marginalized are the most vulnerable.

FAO supports fishers to adapt to the climate change challenge

Ahead of the milestone UN Food Systems Summit, FAO and UNDP hold the country’s first…

FAO supports fishers to adapt to the climate change…